The 4 Loudest Speakers and Subwoofers in the World

Loudest Speakers In The World

There’s a lot of noise in the world. Whether that be noise from something naturally occurring or whether it be from the local youths driving round in their cars with their stereos blaring.

Well, if you’re looking at getting some soundproofing in your home thanks to a noisy neighbour or whatever else it may be that’s driving you round the bend then why not get in touch with us and we’ll see what we can do for you.

Well, if you’ve got some annoying neighbours, who love blasting their music or if theirs cars driving round with their stereos blaring and music blasting out then we can understand why you would want to contact us.

We’re going to list four of the loudest speakers and subwoofers in the world. Don’t worry, it’s not likely that your neighbour will end up with something this noisy!

Was 3000 by Wyle Laboratories 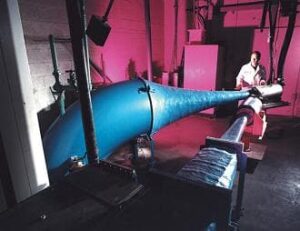 This incredible speaker can produce sound up a level of 165 dB. As obvious as it may sound, this speaker, according to the company who made it, was made primarily to make noise.

The speaker’s output is 30,000 watts and it uses a technique called airstream modulation. This means that it pushes away nitrogen and compressed air through different holes in its system. This then allows puffs of air to act as a modulator.

It has a low frequency noise reduction technology which can be used in big sites like airports and it also has a military use. It can be utilized to simulate battlefield scenarios.

The Matterhorn is a quite incredible speaker. It’s made up of 40 drivers that help it to create a virtual wall of sound and it’s also able to produce 40,000 watts of amplification.

The speaker has made the most of 1,100 feet of 12 gauge cable and also 23 pounds of .003 welding wire. The whole speaker is powered by 40 amplifiers which are all capable of producing 1,000 watts each and it even has its own built-in generator. This, is some speaker.

This is a subwoofer and speaker combo. The 18 in subwoofer can reach up to 180.5 dB while there are four Stetsom KD amplifiers which are capable of producing a total of 26,000 watts power the speaker.

This is a pretty mean duo and this is also the kind of thing that could be fitted in the annoying neighbourhood kid’s car. Not ideal, hey?

That’s right, you read that. 60-inch subwoofers. These were created by Richard Clark, David Navone and Mark Eldridge and they can produce a sound level equivalent to 188 dB. It’s like having more than 160 10-inch woofers put together.

The actual diameter of the woofer is a little bit of a white lie though. It’s actually 54 inches and there’s enough room for 6 inches of movement from peak to peak when they’re used at full capacity.